Should I Get A New Computer? 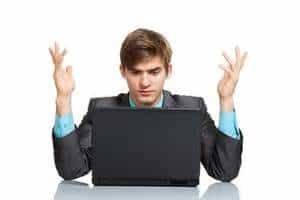 With all of the technology companies desperately upgrading and trying to outperform the others to gain a larger foothold in consumer’s minds, it seems like every week there’s news about “Google/Microsoft/Apple/Other unveils new design for XBook/Laptop for release in mm/yyyy for a low price of $$$”.  There is more and more pressure to BUY NEW THINGS NOW than ever before.

I get it, because these companies are never going to say something along the lines of “yeah well if you bought that computer from us 3 years ago that we said was awesome at the time, you probably don’t need to get the new one yet.”  But at the same time, they have advocated for about the last decade that the latest and greatest model will last you a long time.  So where is the disconnect?  Do you stick with your old computer that has a slight issue every now and then, or do you buy the newest machine because it **won’t have these issues?

**may or may not have these issues/other issues.

I’m exploring the third option: upgrading your old machine (or fixing it if you have a legitimate problem) and essentially getting a “new-feeling” computer in return.  If you w 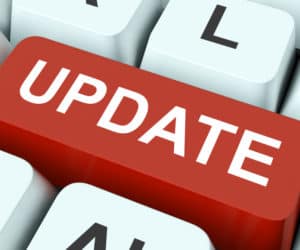 ere considering spending a large amount of money on a brand-new computer, why not consider spending considerably less for the next-best thing? But what are the options for upgrading your old computer?  I’m glad you asked, because there are a few very simple and cost-effective ways to upgrade you if you are using an older machine – even just a few years old.

SSD Upgrades and Factory Reinstalls are the most common ways to make your computer feel new again.  An SSD is an alternative storage device to a typical hard-drive (Hard Disk Drive, or HDD) and a reinstall involves just wiping your computer and setting it back to its factory defaults – reverting the software to how it was when you took it out of the box.

You can learn more about how much faster SSDs are here, but if you want the abridged version: they will make your computer run programs faster, boot up faster, be more reliable, and in general, it’s just the way technology is going.  My boss legitimately doesn’t let anybody work off of an HDD, and it has made a lot of 8-10 year old machines feel completely up-to-speed and reliable.

A factory reinstall is a simpler solution because it doesn’t even replace any of the parts in your computer, it is more of a hard-reset on the software inside.  While this would imply that you lose your data, you could either back up your important files onto a USB yourself, or if you are going to a computer repair shop to do so, they can save your data for you and clone it back onto the machine again.  If you have it done by a professional repair shop, you should experience a faster, smoother machine (if it was feeling clunky and slow before) while dealing with almost no downside if you do choose to include data. 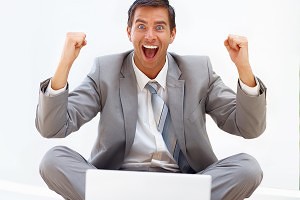 The last “common” option to update your computer is a RAM upgrade.  However, this should only be relevant if your computer is 7+ years old, and even then, it’s probably not your RAM that is slowing you down.  Most modern computers have more than enough RAM and are instead being choked by their CPU or slowed by their hard-drive.  It is still possible that you don’t have enough RAM – and if you have a very low amount of RAM (usually 2 GBs of RAM or less) then upgrading it could give significant improvements in the user’s experience.  In fact, if you have 2 GBs or less, I would recommend upgrading to 4, 6, or 8.

These are a few of the more cost-effective ways to get a “brand-new” feeling computer without literally getting a new computer.  If money is no object, or if you really just want a new computer for your personal reasons go grab the new Chromebook or whatever else there is.  To be honest, some of these new computers do seem to have decent prices, I just want consumers to be aware that there are other options available than just abandoning your old computer for a new one.