The technology industry is very hard to fully understand.  There are several giants that seem to have their hands in every facet of emerging technology trends – Microsoft, Apple, and Google are the main suspects here.  They all develop hardware, software, internet browsers, they even are involved in social networks.  However, they all have their core competencies that they stick to.  For example, when you need to find information on something quickly, what do you do?  You Google it.

Google is now a verb in the English language.  But in a world where “fake news” is rampant and anybody can create a story on a whim and make it look legitimate with very little effort, merely googling something might not give you a clear answer.  Google is usually pretty hands-off when it comes to their organic search results.  They have an algorithm that determines what pages might be relevant to your search, and more popular/established websites will usually rank higher than equally relevant 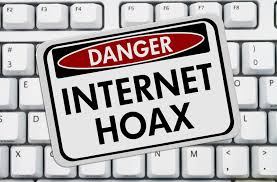 pages from less popular sites.  However, they are attempting to get a little more involved now.

According to Bloomberg, Google is attempting to work with known fact-checkers Politifact and Snope, as well as large publishers like The Washington Post and The New York Times to root out fake news.  While their methods of rooting out “fake news” may change in the coming weeks, months, and years, it is a big deal that Google is even taking a stance on this at all.  It’s very easy to try to point fingers at those who are spreading lies, but it is very difficult to tell what is the truth and what isn’t.

Large companies like Google taking a stance is good, and hopefully in a few years we look back on the 2016-2017 “fake news” scandal and laugh.  Unfortunately, there is no guarantee that anything is true, and we all need to be a little more critical of what we see on the internet.