Virtual Reality: What Next?

At one point not that long ago, the concept of virtual reality was just something that seemed cool, but not in the immediate future. Well time has passed and we have arrived where virtual reality is not only possible, but is becoming increasingly popular in the technological mainstream. Virtual reality, or VR, has been around for some time, but it has just recently reached the height of its popularity. Companies are releasing brand new and sophisticated forms of VR, such as The Oculus Rift, Sony’s Playstation VR, and Samsung VR Gear. In video games, movies, sports, or any kind of entertainment, people are searching for the most immersive and realistic experience they can find, and this is where virtual reality can step in.

We have reached the current peak of virtual reality technology, but the real questions are how much can it improve, and what impact will virtual reality ultimately have on our society.

To start with the first question, virtual reality certainly has room to improve. Yes, it is already an immersive experience like no other, but who’s to say it won’t get better? The current crop of virtual reality headsets is the best we have ever had, but you can say that about any developing technology.  There’s a reason we get the latest phones/laptops/TVs etc.

Currently it can be difficult to set up the virtual reality sets, especially when trying to eliminate any blurriness or disorientation. They still provide for an immersive experience, but it is not always as clear as it should be. Also, there are limitations to the amount of tasks you can do with a VR headset. The virtual reality aspect of video games tends to sell you on the fact that you are in the world itself, except they often lack the story or substance of regular video games. 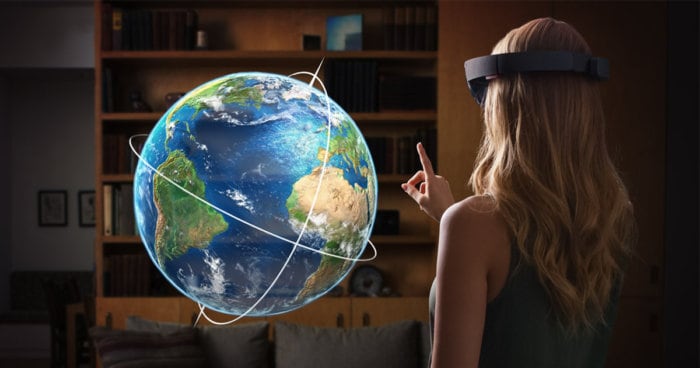 Also, while video games have made a huge step in the world of VR, film has yet to catch up in terms of providing the general public with a readily available, high quality VR film experience. In other words, we still have a very, very long way to go before all of our gaming, movies, and sports are consumed through virtual reality – if that ever does happen.  All of these concerns are without mentioning the bottom line – price and availability. So yes, while we may be blown away by the VR headsets that are out now, they are really just the tip of the iceberg going forward.

The more pressing question is what impact it will have on society in the future. Most tend to think of VR as simply a way to make entertainment more exciting and realistic, but the use of VR is going to extend far beyond that. Already, VR has proved to have certain medical and psychological benefits.

People who suffer from anxiety and depression have been able to find relief using virtual reality, as it provides an outlet for those to work through their real-life issues in a controlled environment. It has also been proven to provide relief for those suffering from physical pain, maybe just because it is a strong and distracting experience. Another interesting benefit, some VR experiences allow the user to see what they would look like at the age of 65. Those people who were not happy with how their future looked were more likely to make positive changes to their lifestyle. The applications of VR are endless, so while the immediate future promises of better video games and movies, we really don’t know what some of the final products might end up being.

However, although virtual reality should be beneficial overall, there are still questions. Prolonged use of virtual reality could lead to people being susceptible to motion sickness and sight damage. Yet, the non-physical damages may be more severe. It remains to be seen if VR can cause any permanent psychological damage, but most concern tends to stem from the fact that people may get too engrossed in the experience and prefer virtual reality over their real lives.  There are plenty of books and movies about this (Ready Player One is coming out soon) and who knows how accurate those might be, but it is a concern.  Current video games can already damage a person’s ability to have strong, intimate relationships in real life. Virtual realities can be fun, but can be detrimental to a person’s growth.

Like most things, VR will bring its fair share of disadvantages, but as long as it is used properly, virtual reality should be one of the more exciting and innovative uses of technology that we have ever experienced.