As if you didn’t already have enough Snapchat stories to keep up with, now you can stay in the loop with CNN, ESPN, and a slew of other channels with the new Discover feature on Snapchat.

The update comes as an attempt to remain relevant in the ever-changing social media landscape. In recent years, social media giants Facebook and Twitter have made strides towards generating sustainable income from advertising.

Snapchat says it isn’t just another social media fad. “ We’re always seeking out new audiences and advertisers, and it’s more important than ever to tailor content to suit the platform,” says Andrew Morse, senior VP and GM of CNN Digital.

CNN partnered with BMW North America in an exclusive sponsorship on CNN’s Snapchat channel. Snapchat also earns a portion of the profits from the ad revenue.

Snapchat says it’s not just another form of social media. “Social media companies tell us what to read based on what’s most recent or most popular. We see it differently. We count editors and artists, not clicks and shares, to determine what’s important” posted Snapchat in a blog post introducing Discover.

Not long ago, Snapchat introduced Snapcash, the ability to send money to friends via Snapchat. Snapchat partnered with Square, a payment firm, to allow people to securely input their debit card information to send friends money to be deposited into their bank account.

Only time will tell if Snapchat’s updates will extend the life of the popular app. But one thing is for certain: companies everywhere are intrigued by the opportunity of connecting with the app’s 100 million monthly users.

But first, let me take a selfie. 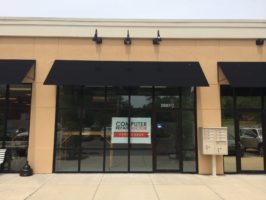 By Matt H.
We're pleased to announce that we will be opening our second store in Killearn in early August 2014! We have…
CONTINUE READING

Electronic ER: Bring Your Device Back From the Dead

By Matt H.
[apss-share] Electronic ER: Bring Your Device Back From the Dead   Cell phones, tablets, and computers are the new battery-powered…
CONTINUE READING 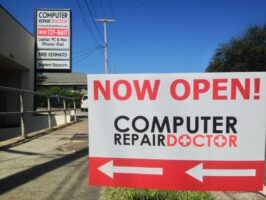 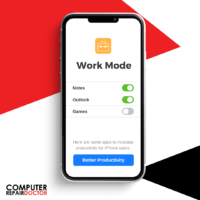 By Scott D.
Making use of productivity apps makes it easier to set goals, assign tasks, track progress, and create reports. And this…
CONTINUE READING