What Is The Cloud?

One of the common technological terms that people use today is “The Cloud”. The Cloud is an awfully broad term, especially for people who are not familiar with some of the newer services on the internet. So what do people mean when they are talking about this ambiguous “Cloud”? When referring to cloud computing, we are talking about software and services that run on the internet, as opposed to locally on your own computer. When something is saved on the “Cloud”, it means that the data has been stored in online servers by a company. This is very useful because if something happens to your computer, phone, tablet, etc., your documents and data are still saved online. When you purchase a new device, the saved data can be re-downloaded onto it. It is also very useful if you prefer to share things on multiple devices. Cloud computing allows you to work on things on one device such as a tablet, which can then later be continued on another device. There are plenty of advantages to using the internet as a storage device, but can anyone use it? Yes.

The cloud is easily accessible, and doesn’t require a high-end computer to use. Companies are continuing to lower the cost of cloud computing services, so it is financially accessible as well. There are several different cloud services that can be used. Some examples of these include: 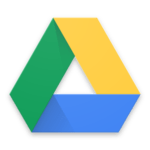 Google Drive features built-in editing and collaboration. This allows you to share files with other people, who can edit them from their own devices. This service makes it easier to collaborate with others – making it very useful for small and large businesses alike. In terms of price, Google Drive is fairly cheap compared to the others, but mainly because  it does not require an SSD (Solid State Drive). Considering that many computers are now using SSDs, Google Drive may not be the most viable option in terms of price for new computers.

Dropbox is one of the simpler, but popular services. Dropbox allows the user to share individual files or shared folders that can be posted online.

Dropbox also can be used to automatically import photos from cameras or smartphones.  However, Dropbox is more expensive than Google Drive. While Google charges about $60 for 100 gigabytes, Dropbox charges about $99. 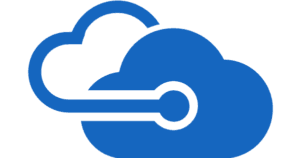 Microsoft Azure is another major player in cloud computing, although they might be less widespread than Dropbox and Google Drive. Like AWS, Microsoft Azure contains many different services to choose from. Azure allows the user to manage and store data through servers online. It also allows for special mobile services, such as notifications when there is activity on your account. The price for Azure ranges depending on the types of services you want to use, but the pricing is reasonable.

So now that you know a few of the bigger options, the next question is “which one is right for me?” In most cases, it depends on what the user is trying to accomplish. If it is for simply editing and managing documents, Google Drive would be a great option. If you are looking for a wide range of cloud services, AWS or Microsoft Azure are the better options. But remember, these are only a few of the cloud service providers, so there are many more that can be used if the ones mentioned aren’t suitable for you. In terms of figuring out which service is best, it is good to determine what your main needs are, as well as how much money you are willing to spend for these services.

The Cloud has become a very useful concept that has allowed users to share and manage data at a much more efficient pace. If you need to manage a large amount of documents/photos/etc. it is very common to use cloud storage to help manage all of your files while backing them up.  Compared to more standard types of storage, the cloud is easily accessible as well as easier to manage across different devices. However, the major downside of the cloud is that it requires internet service. If this could potentially be an obstacle, then cloud services may not be the most viable option for you. If you have no issues with internet service, then cloud computing is an efficient and smart way to share and manage your data.

This was a very broad description of the basics of cloud computing and some of the major providers of cloud services, but not an in-depth look at the specific uses or the security measures to take.  If you are interested in learning more about “The Cloud” then Computer World has a great forum on the topic.