As a computer repair shop, we’ve seen our fair share of viruses.  And when our CEO asked everyone what we all personally believed to be the best way to protect yourself from malware and viruses in general, the answer was pretty one-sided.  Common sense. 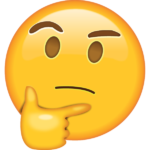 More than anything else, the best way to protect yourself online is by using common sense. Be careful what you’re clicking on, what attachments you’re opening, what you’re downloading, and who you’re trusting.  Common sense is a really ambiguous term though, so here are some specific tips to help you out.

Browsing with caution doesn’t necessarily mean being afraid to open up Yahoo or CNBC, but if you think a website or email looks sketchy or out-of-place, maybe skip it.  Phishing can take many forms: a Nigerian prince asking for money is obviously a ploy – but “Well’s Fargo” sending you an email saying you need to verify your information in the next 24 hours or they’ll close your account isn’t quite as obvious.  When in doubt, look for ways to verify the email is legitimate, such as a phone number or contact information at the bottom of the email and verify that it matches with Wells Fargo’s actual number.

Take a quick look at a website’s domain to make sure you’re on the correct site before you submit personal information or download anything.  If you’re going to download Microsoft Office, make sure you’re on Microsoft.com, not Microsftoff.com.  It’s a small detail, but that’s exactly how people get malicious software.

Check for an SSL certificate

An additional security measure on websites is having an SSL Certificate (Secure Sockets Layer).  That’s the little lock next to the website’s name:

It essentially just means that any information sent to or from that website will be encrypted and is therefore much harder to access for any 3rd party. 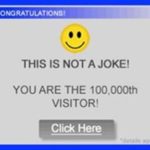 If you’re going to websites to illegally stream your favorite shows or sports, you should probably be cautious, use an adblocker, and don’t click the ads you DO see on the page.  But if you’re the type of person to go to those websites, you probably know that already.

When all else fails: use your common sense.  If something doesn’t feel right, it probably isn’t.

Windows Defender is a program that comes on every Windows computer with Windows 8 or newer (also called Microsoft Security Essentials ) and it does a pretty decent job.  It’s downloadable for all Windows computers with older operating systems as well.

Besides using common sense, you still need an antivirus. But that doesn’t mean you need a paid antivirus.

Essentially, many of those common “big” antivirus programs do exactly what you want to prevent: slow down your computer.  They often force bloatware onto your computer or make you download extensions that make your browser slow and clunky.  It’s pretty ironic that the programs you’re downloading to STOP your computer from slowing down/having pop-ups will have the opposite effect.  If you don’t want to be constantly pestered by your antivirus your best bet is to just stick with the security your computer came with, because it’s definitely good enough.

Why Windows Defender is the best

How to Geek says it caught 99.9% of all “widespread and prevalent” malware.  According to them, it may not hit quite as many benchmarks as some paid options but it’s good enough.  Frankly, you won’t notice any difference in protection between Windows Defender and Norton/AVG/McAfee.  What you WILL notice though, is how annoying that paid antivirus program is.

Windows Defender is smooth and runs in the background while it does its job.  It will give you the rare notification that isn’t invasive or distracting, but that’s how you know it’s working.  Plus it’s free.  And unless you really feel like financially supporting the antivirus community, free is better.

Now that DOESN’T mean that you’re 100% protected all the time. Viruses and malware are persistent and you are always at risk of being infected – whether you have an additional antivirus program or not.  You should still be careful (see section on common sense).

If you really want to double down and cover all of your bases, you can use a malware scanner once a month (or once every few months) to ensure that you haven’t picked up any malicious software.  Malwarebytes has developed a good reputation for routine malware scanning, and they have both free and paid versions.

If you go with a scanner that is manually controlled – which we would recommend since you are already running Windows Defender in the background – just remember to use it.  It’s not helping you if the icon is just sitting on your desktop. Make sure to run it every now and then!

These suggestions are for the average user for their personal computer.  Large and medium businesses are obviously at more risk and will require more layers of protection for their network, because they have more to lose and attackers have more to gain.  However, for personal use, most paid anti-viruses hurt more than they help and you just shouldn’t worry about it too much.  Browse with common sense and stick with the basics.

Worst case scenario: a virus removal from a computer repair shop just like us is always an option.  If that doesn’t do the trick, a system reinstall will cure your sick computer and have it back up to speed in no time.